Jan 2018 I move back in with my parents. it was determined what caused the need/and their invitation was in fact there negligence and their decisions in finishing their house.
Previously a cat that we got when I was in 8th grade had died and I had been driving from my apartment to their house I've been sleeping on their moldy basement carpet if that's where Cosmos wanted to sleep so I could be next to my friend a little bit before he died
Turned into 8 months of bleeding at that apartment after he died in my lap in May 2017. The mold was proven January 2018 the bleeding won't stop until August 2018 the mold was yet to be dealt with but both parents now in control of everything of mine or two on one gaslighting me telling me the mold guy didn't say any of that which was funny because my mom wasn't even present for his visit I was by his side all but 10 minutes.
In August my mom had a cancer surgery. I had tried leaving the room where she claimed she was my landlord until I can afford moving out again on my own I have tried if I leave it or not going to look at them I'm not going to say anything I won't even look in their Direction. This is while I'm being commanded to drop anything I'm doing and do computer support for them or in-home IT consulting services which would generally run 150 an hour. This is while contracted projects for third parties and parts they paid for our being thrown away thrown in The Moldy basement thrown outside thrown in the garage by my mom any time I turn around.
So I suggest my dad hey maybe a week or two at a hotel because I doubt this is going to help her recovery having me here. So after the first week they changed the lock. Since August 2018 all of my property and at the time my two living pet rabbits one currently held by them or rather her remains that came addressed to me and USPS mail at their house while I was being bounced between hotels sometimes 3 a month or more for 6 months AKA change of address was in practical. Everything's been threatened since then to command where I live what I'm doing with my time will Maple Grove PD says I can't file theft I gave them my things moving out.
Before this started I had looked into how to etch circuit boards. And doing so I came across two other uses of UV like UV disinfecting. I've shown myself able to fabricate in many materials. Materials like Plexi block UV. Because I don't want to even repeat the media because regardless of who's not an opinion I don't have on Trump I didn't vote for him but I don't like or think it's helping the country but every word is this haha stupid Fest but I'm addressing this because I know how to use it safely. I had started with a 375 nanometer in emitter in the form of an LED for doing UV lithography. In researching how I wanted to go about that I came across both the concept of a Wood Lamp and UV disinfecting. I am fat own to UV disinfected tubes. Also note that I'm not staying sterilizing. Anybody telling you sterilizing is wrong. It's some incredible log whatever reduction and highly effective at a lot of things sterilization it is not. It can burn your eyes and your skin. I can also make a Plexi enclosure and until post ofp the two Hennepin thuggery protected party Cayman took my garage door remote then took my compound miter saw my MIG welder and my desktop computer from my garage making a plexiglass enclosure 2 house a UV disinfectant tube would have been incredibly advantageous to be able to take anything bought or delivered during this pandemic and clean the outsides of it in a way that won't hurt my eyes because it's enclosed this would have all been Child's Play to me in the amount of effort and thought required. Accept people that have stolen from me and continue to steal mislead terrorized lie to open my mail sign my name have forced labor for most of the last year they have run me into the ground. There's this old concept I haven't heard it used in quite a while but it was called The Nanny state.
Minnesota is so beyond the definition of the nanny state.
Minnesota is the nanny that puts its fist  up your rectum until it's out your mouth  turns the hand around  protruding from your presumably stretched mouth . 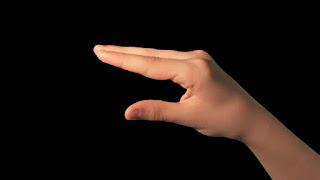 and like to a child pretending it's hand is a mouth speaking... tells you
"stop hurting urself" or "my hand isn't up your ass it's clearly right here"
then the real problem is it'll leave you alone to die  from the prolapsed rectum afterwards
more generalized: it wants to insert itself and force decisions but wants no accountability or liability for its decisions
at June 29, 2020