As I type this blues traveler hook is blaring over what I assume is satellite radio coming from the quick trip I'm parked at. 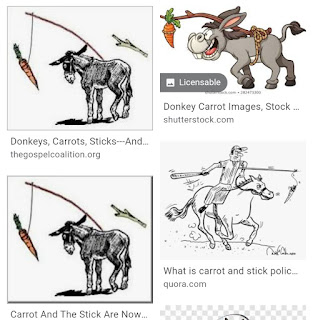 At times it feels as if police are the image bottom right. It would be hard to honestly place the onus on them though. If Paul and Marlene would stop acting in malice and often fellony level ways there would be no opertunity for police to pretend they aren't creating the situation above

Instead I get denied the ability even file a report with intermittent questions like why can't u manage your finances..aftet reporting my mail is being held and my name being signed.

Police helping someone who broke criminal law to harm and take what you earned once is bad enough, acting to stand between you and getting it back even when its admited its yours and then subsiqent thefts..

All stick no carrot. But if you want a police enforced slave trafficing forced labor and labor donkey. Ill show you stubborn as a muel up to when the result is my dead body.

I still will fail to play the role of jackass.

Thing is it takes resources to move away or to maintain a level of life congruent to even earning.

If the options are work to have it stolen and life endangered while police back the thrives and will be murderers, aka ending up where i started sans opertunity cost of time 8nvested in work with reward stolen

Or submit to a court that further enforces authority ordered commitment of time and police backed continued theft and or forced labor for reward stolen...

I don't control paul and marlene.

No one except police supposedly bound by law and the people we elect to make and or judge law is supposed to control others unless lige endangered and or law violated.

Mn takes the hypocrisy a bit over the top though... the civil rights act is rather orwellian because its a discriminitory anti discrimination act that doesnt cover if the police directly or by standing between will be murderers and another party prevent the injured abused and or discriminated from reaching civil court.

Here's a list of what mn will protect you from in form of anyone but the state can't discriminate against arbitrary criteria if you are a member of this arbitrary criteria.. as long as you can reach civil court

But mn protects you with the strongest human rights act of its kind..

Some days I wonder if trump wanted a border wall to keep them out or us...

If we don't call it slavery anymore.. maybe we should call it as the courts do..

The USA is a gov backed slaughter house.

Disingenuous? Not entirely and not from where I stand .