In theory governments of all sort and businesses that may replace them all fear one thing.

A United populous angry with pitchforks and or muskets dragging royalty to the guillotine is an image most people probably have somewhere in their mind. 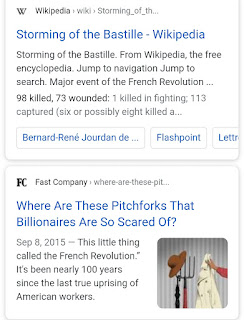 For as much s*** as Americans give the French we should probably thank them for that and or not forget the power it has . Somewhere between the newscast that tells you what neighbor is going to pet your daughter and rape your dog and why the person who likes the other sports ball team is wrong and probably that neighbor...

We might lose our freedom to distrust and division.

But take into a less extreme note, I tried to email the mayor of Maple Grove January 2020. as of yet it's been unanswered.

Simple thing you can do if you want to help someone that doesn't trust anything is try to remember that power in masses or several emails addressing the same person from different.

I don't actually know anything about Jeff other than blue origin. I tend to like Elon style so I thought this was kind of funny when I made it. it's not something I think should happen or believe in or anything along those lines.
And I'm not saying that as much as much to have a disclaimer as I am to encourage not judging things before you at least make a cursory attempt to understand them same with people