About 5 years ago I first figured out how to work with Plexi.

This enabled me to take this air mover source at Menards and make a relatively powerful HEPA airmover in 2019. A lot of people think working with Plexi is difficult. I found an 80 tooth blade on a Ryobi compound miter saw I bought in 2009 or 10 did the job just fine. I actually tried it in a DeWalt table saw once too and despite a few thousand RPM slower it still cut Nick free.

Problem is April 2020, a month after the OFP court date that I was blocked from attending and after I had taken the sides off the air mover filter adapter I made Marlene and Paul were allowed to steal a felony amount from my garage which included the needed saw. 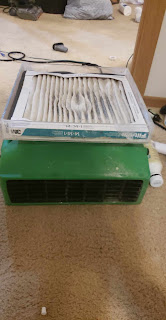 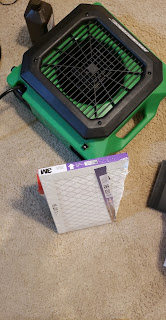 As it sits at the moment in my garage

My desk an HR ago actually my Walmart folding table. 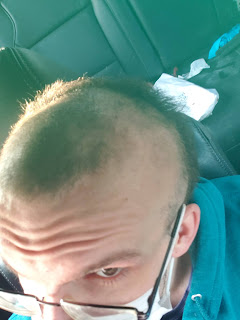 The real b**** of it is Maple Grove's officer Hanson often insists that they give me enough. If he was talking about the poison I might be inclined to agree
Maple Grove Minnesota in the county of Hennepin wiping out families one child at a time
The amount they actually give me doesn't cover the problem they give me and eating. January 2020 I had a conversation with officer Hansen where I asked are you saying if slavery was legal it wouldn't cost to keep that person alive
I don't want to entertain that conversation was the reply
August 2019 Maple Grove PD responded to me communicating I have evidence that the only DV report on my record that I'm aware of was actually my mom trying to kill me with if we put that on record we might be liable
Well this site will outlive me so don't think my death is the end of it
That's also the reason that my Facebook profile is set to as public as I can make it Don't put all your eggs in one basket
It would be amicable of Maple Grove and the county of Hennepin to clarify how much you have to spend to own people in Minnesota and or if I'm supposed to think officers with heil Hitler or... 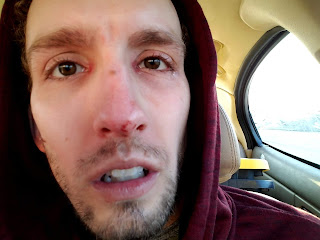 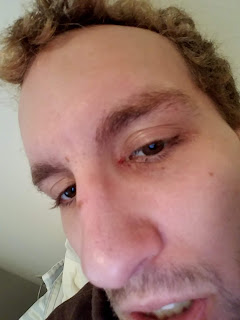 First night at this apt in 2019. My dad made sure snow blew through the car right before this lease started even despite that notice six months between five hotels three cities and a mental ward but look no bleeding except for on my nose because the 45-minute drive...
I hope those officers kids learn what they're really about
at October 04, 2020