I think perhaps the crazest part of this ordeal is that any of this should need an in depth explanation.

It's bad enough when someone extracts labor from you under force or cohesion and doesn't pay. It's bad enough if you agree to labor and don't get paid. It's worse when that labor is on hazardous and happen to be allergic for me substances or in conditions like that. It's worse yet when police then allow "management" to take all of your property

In my mind it becomes questionable if the escape is possible when police also allow management to sign your name hold your mail open your mail sign your name on things and at least one check (I know of) from your mail.

To do so legally usually requires a court order of custodial ship. Which being able to show someone is unable to care for themselves is part of how you get it which makes it even more terrifying because if those people wanted that well if none of the laws are being enforced...

Why do I use the term management? Because Paul wuethrich was a union Stewart and 25 year elected vp of his SEIU local. It's the differentiation I've heard him use. Although when he referred to me over the last 3 years it's been 2 times " I own you" another I bought you and one time I said Dad you make me feel like a slave he says

"What was that just the last word I didn't catch it"

When they then file one-sided restraining orders and then afterwards come and steal a felony amount from you again...

A lot of people respond with silence

But the non silent negative is the more disturbing although smaller group.
Logical flaws observed with the non-silent negative
Number 2 is again see one. Because unless people have a live stream of my life... No one who has commented has seem me more than once for like a couple hrs if that. Some haven't seen me in years.
Nasty double edged sword work to point you have no time to see people yet everyone's got an opinion and most of them want you to blame yourself yet no one talking has actually been there to know.
Sociological and psychological phenomenon
The sick thing is psychology there's been studies it takes like 33% of a population of any given size or like take a group or take the group of people that happen to be looking at say my Facebook profile. Takes 33% strongly expressing an idea to influence the population in actions in its entirety or almost. So even the one or two people that are adamantly expressing that it must be my fault for I can't get over it it's not much of a stretch to say that this helps create a nasty cycle where it's harder and harder to escape from. Or at least less and less likelihood of anyone offering a hand.
Back to a more personal story
It's pretty hard to get over something when it's not in the past and someone is still actively if even intermittently still harming you. the fact is they have set it up so whether or not actively harming me I am worn out exhausted and not paid for the labor that xx,,wore me out.they have set it up so they're still in a position to take more from me and from what I've seen of police response that's impossible to get out of meanwhile the people doing it literally claim to own me.
They then play new Minnesota laws or recently expanded to file a one-sided domestic violence restraining order about a year and a half after literally trying to kill me. I have never laid hands on either of them and now I'm labeled a violent person. That has further implications because as I read I'll never get top secret clearance having that on my record. which shoots down a lot of jobs that I otherwise could have applied for. It might make finding my next place harder to live. What certainly will do that is the fact that none of the rules on or rather laws on mail fraud check fraud or signing another adult's name have been considered. Every apartment wants a credit check I had excellent credit until 2017 having got my first credit card in 2006. This is f*** you for existing but we're going to blame you for what others are doing to you and you better not say anything about it cuz if it can be interpreted as threatening then who cares if they're actually trying to kill you you're f****** words are what matter
But of the people who voice their opinion in any form mostly online none of them have the window into the life or any whatsoever that would be required to make those judgments. It should be viewed as f****** insanity to start saying why aren't you over it you must have your own problems when you don't even f****** see anything nor do you want to because the response is meet with silence. In other words you're not allowed to fill in the details too counteract the assumed and projected viewpoint. It's like everyone's in their own delusional disconnected world.
I want to say some of that is not wanting to reevaluate the risks if you assume that could happen to you but I can't safely assume nor would it be logical to say that's all of that.
Some people not saying anything and the friends that I had were mainly in another state that I intended to get a job in. I owe them things that the two people harming me have made impossible to deliver. I hold no fault against them because friendships romantic relationships any human to human connection the only time it's supposed to be impartial or ideal is parent to child. Now in practice that's never going to be a thing I understand that. We have seemingly totally flipped what produces healthy people
To the point where the police allow my parents to force labor after taking everything from me poisoning me then steal again will making it illegal for me to answer a phone call from them let alone call the people that are still harming me 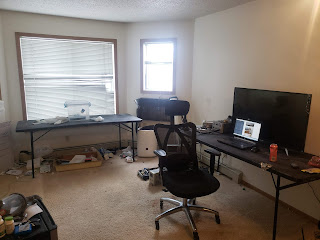 Perhaps worse than the violations of law Is that psychology knows things like conditioning in its most simple instance or incarnation work should equal reward. Usually we see that as paid. Or within families especially before someone turns 18 doing what you're supposed to or ought to is supposed to equal freedom or a very least someone not needing you with everything they think is wrong with you because they had a bad day.

45 minutes freeway about 51 mi location to location is a relocation that cuts social groups that cuts worked for connections and/or resources to look for more income external to the family. This doesn't take f****** rocket science. Your relocate every year or three cities five hotels a mental ward and six months before really relocated back to St cloud...But the last eight months in the previous St cloud apartment were spent mainly bleeding mainly trying to finish the contracted with third parties work in accordance with the agreement with my father.. I put every connection I had into it I put everything I made in the time before working for two companies with brick and mortar locations.

It's not only disingenuous tasks that it's offensive. Especially when you don't really want the answer youre case building.especially when you're probably going home to your suburb house playing with your consumer s*** but you spent a hard day's work enforcing incest murder. Enforcing robbery.

But it's probably worse than that because in some cases it becomes enforcing murder. That might be murder directly that might be murder via starvation and preventable illness. In this case you're enforcing the likely end of a genetic line. F*** you probably doesn't go far enough especially the officer Hanson

Your dad said he didn't say what you said. Oh yeah and you guys going by what your personal evaluation or my non-existent record to his non-existent that I know of record. This was over 6 months after I tried to report but wasn't allowed to that they lie and that the DV on record but not charged was a false police report where my mom in fact tried to kill me The worst I've ever seen police act has been after that in that city

although it has nothing to do with me for the reason these laws were formed and I doubt I'll ever truly know the reason they are logically disgusting. A one-sided restraining order where police then point at the restraining order as reason not to act on things. It's no better than police getting behind the sixth grader taking the first graders lunch money it's paddle first even if it's a lie