Felony level crimes are being comited to keep me spun around 6 way to sunday and starving while posioning me. regardless of the amount paul and marlene want to claim they have given today tomorrow last year or a month from now I am or at least was worth a hundred a year. I dont mean for doing nothing or from them.

The problem is they carry out crimes that destroy my credibility after the work is nearly complete. They do so having accepted to demanded enough labor that ive been paid for professionally since 2004 if not earlier (but regularly since 2004) that at fair market rate they may owe me. I dont want to go there other than to point out some of marlenes income was also aided by 7th grade me converting her Neonatal Nursing overhead slides to interactive power points she could treach with and college students could use as study aids.

I dont want to be on this topic other than to say members of maple grove pd after realizing they may have acted in error and while still allowing marlene and paul to possess and or destroy all or my property and all other acts mentioned elsewhere... a few notficers have saw fit to assure me "YOUR PARENTS OWE YOU NOTHING"

When CNNP Marlene Wuethrich and or Paul Wuethrich can repeatedly steal felony amounts while poisioning me, stalking and downright terrorizing, unless all the sudden my health is restored and they stop this only goes down hill. They steal mislead to outright lie and triangulate to human traffic to make sure im in this empty shit hole apt with clyde in the freezer and nothing but their mold. they have re stolen things I took or got back once. Somethings i've bought since. If you think this isnt happening because parents wouldnt do that, get a fucking grip on object permanence and a construct of others. Possibly ask yourself, what has science uncovered as to why parents are suposed to be incapable of this? how about why most parents care? afaik its only reinforced and empahsized by society : empathy sympathy conscience and construct of others that enables parents to care. nothing is forced about it. Most consider the time investment a reason to care and care more. Throw NPD, ASPD, BPD into the mix and you get

"I NEED CONTROL BECAUSE I WANT CONTROL"

while mom and dad are hiding car keys.

while he bleeds from the corners of the eyes 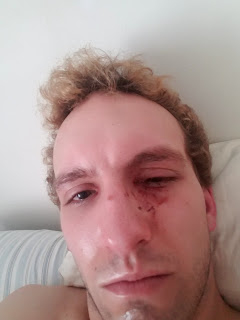 Marlene D Wuethrich CNNP Childrens St Paul, direct quotes : "WAAAAA MY EYES HURT. WAAAA MY CREDIT SCORE". (She was on the phone with either her sister or her niece)
The pic above was at their house. 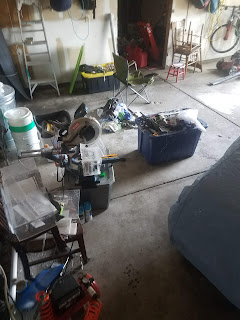 note the pile of clothes next to the green chair? I had laundered them while Paul criticized how much detergent i used and i couldnt use bleach with out him throwing a fit. I had dryed them, placed them on there bed in the room that was mine. Came back and Marlene had decided they belong on the garage floor. For anyone LEO or Outright enemies with out thermal imagers and helicopters...
she then to my face said she did it because I have been doing too much laundry.  If you push me hard enough I will push back. but note, despite I grew up alone with some version of this.
both denying the sky is blue or hand on knife in your back twisting telling you that you stabbed yourself. Thats my normal though the next part of normal is it never happened.
if you push me, at this point you might just find my body. they might find yours and then mine (orders not important) what wont happen is any sort of word or psych game enabling you to get what you want. they ensured both my animals that lived with me in the past decade plus are dead and i cant even see the remains of one spent the last year and counting with the other in the freezer. mostly alone on the bed he died on. I highly suggest not pushing me. you wont get me to blow up, I have no emotional connection to you. officer bitch ass...errr sargent bitch ass hanson has been playing these games. I describe him here not in anger, just in a desire to illistrate his lack of character. whats really sad is last time we all had psychotic thugs with badge support npd or aspd murderer time....
"your dad wants to talk to you but you have to be civil"(they havent witnessed me so much as raise my voice) "Can you be civil ? youre gonna be civil?" a few more times some idiot-eration (when an idiot reiterates or alternatively: iterations by idiot )
So my dad comes over and plays same games only denying the mold, talking in circles while i stay calm. eventually I ask if we can be done. (i had already aked if im being detained and i was so its not as if i could exit stage right)
My dad kept trying to loop back and reengage to the extent two officer had to step what looked like as close to into him as one can get with out.
I dont think ive ever seen someone get as close to an officer as he did with out ending up on the ground.
fun fact, police have an elevated over general population domestic violence rate... so that probably applies to home-life/more ways than one.
before and after though, they are asking him if i might have a weapon or its worth searching me in general.
this was may 2020. they arrived ready to arrest me for ofp violation only to realized sterns county sheriff hadnt served/activated it.