I just realized that what's happening to the son of the hennepin county sherif might have an alternative explenation.

very likely the sons actions needed some attention on top of any explenation. aka don't get me wrong here.

that said crime usually outstrips supply of police. so for one person to get that much attention is a bit odd.

I realized that if Richard Stanek went against the wishes of the police union a possible vector to attack him would be punish his son.

the charges look pretty bad. that said they are also the type that it's somewhat easy to manufacture.

I'm not trying to comment on what he did or did not do. I'm trying to analyze some logical possibilities in a world that is increasingly too binary.

I think it's hard to say though.

on the one hand Richard was a police officer meaning he was union. on the other hand he is also a republican which is normaly not a pro union side. 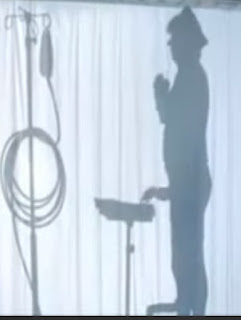 the history of police in Minnesota is such that them being union at all is pretty odd. ie they started as a force that beat people for going on strike. iirc this is covered in the book untill they bring the street cars back.

with this in mind I find it pretty hard to say.

what I can say is I truly belive if we want justice in MN the rules are pretty simple.

there needs to be an external org that has power to step between parties and police. it should be tasked with handling complaints as well as audits and reviews of police and department activity and policy.

i think the need for police is very real but we should truly consider auditing the list of what we task them with/their responsibilities and obligations as well.

the reality is under current laws they are free to police only the most profitable crimes.

meanwhile the image they push to us as children is that they are there to protect us.

the danger here is its very easy in this system for them to cause the crimes that then increases public demand for them while destroying lives.