I don't like trump, I don't really hate him either.

I joked I was going to write in V. Putin during the race against Hillary then didn't vote. mostly because I'm not a fan of either. it was like Southpark during Kerry vs bush. shit sandwich vs douchebag. I forget which was which but that was also kinda the point. except I liked Kerry and I wasn't yet old enough to vote in that one.

Obama 2x for the record. not to get political but what the fuck is a snow machine.. er oatmeal? 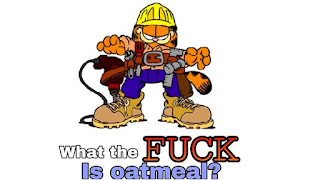 this last one I didn't vote either. because someone commiting fellony level thefts claims to own me and the rest of the details for why that sucks to may be lethal are here already.

shouldn't the first female president be elected? idk yet if bidens health is there.

what I don't like more than trump is the media has been almost fetishizing every word as a gaf.

cofeefe was pretty clearly dosing off or pocketing the phone and pocket or distraction ends up hitting enter.

i can't say I followed it enough to know how good or harmful he was. what I can say is sources I was familiar with growing up wanted to be free of nafta for as long as I can remember but at the same time I didn't hear any happy when it was gone.

the media playing these games makes it hard to trust as a source for anything. I have enough years I was aware to remember fox is no better and did enough research to conclude all the major media sources tend to companies that donate or directly donate to both sides. which furthers my disillusionment and distrust. when combined with things like that I often conclude its healthier not to watch let alone rely on it.

but that said some people like a neighbor I talk to said what I could see happening /plausible if there are real concerns.

" they put Biden in and rah rah he gets his 'year' (air quotes) then steps down or resigns due to mental health and..."

obviously all teritory/conjecture and speculation but seemed it merited first if I was going to discuss it at all.

also as most signs

Combined with my non access to TV and hesitation to devote thr time to big media and prereq vs sifting.. I don't care she's female. I've seen enough studies that followed the scientific method to conclude we are equally capable up stairs. aka nothing against her but in lucky to have caught that fact and with out opening another phone chrome tab navigating away I couldbt tell you her first and or last name. I do listen to car radio and admit too much weird in my own life to objectively take a crack at judging but it seems very little was talked about with the vices this time round. maybe ever like I said too much up crazy for me to see level to compare.. so I feel it was absent but for all I know it was more than usual and I just managed to miss it.

someone claiming to own me and police admiting if what I said was true they might be liable then doubling down on defending those who put them in that postion.. fun times at the shire Corp attention problems summer camp that has become my life.

he said some stupid things but a lot might be attributed to speaking off the cuff and or reasoning outside what he would know (like some of the comments on covid, UV and or disinfectants) arguably think before one speaks is good advice but a pandemic is something hard to know the sevarity of before and this is the words in something like 100years? (Spanish flu?)

that said what I like less about the media doing this is both scientific and personal.

a lot of people judge a statement by how it makes them feel instead of the logical merit.

I was totally unaware trump has been tweeting about Salem. I haven't regularly watched TV in like 8 years. I haven't had one for the past 2. I think I have a Twitter I just never got into it and don't follow anyone on if.

zero idea before reading this.

something that came to mind though.. sure you can argue the scope is America but that isn't explicitly state either.. as for Mas hysteria and Salem... pretty sure aushwits begs to differ on the claim of only site turned tourist attraction.

but I said science too. we could be using a portable tent system in retail in combo with ozone. ie maybe something that hinges in the middle to acomiday support beams for a big box stores roof and wraps an entire display shelf system on both sides of the isile. dryer vent to the door or roof vent micro controller timing ozone the start blower to Exaust tent to outside. aka set it and forget it

but even suggesting this has been blow back.

the point is places like Walmart advertise the extra cleaning but places like hospitals know fabric is not easy to disinfect at all ever and spray cleaners arnt going to do it. nor do I think every item picked up by a customer is Geting sprayed at risk of destroying packaging. yet sneeze on your hands put mask on, go into store and guess what gets covid when you pick something up...

Yet talking about this I get some hard core resistance from the far left. I can't no for sure but I suspect this is partly due to the associations the media created by blowing up his every word.

it's been said years back that technology isn't the reason we have superbugs and no antibiotics to deal with them, it's largely the lack of funding and non profitability creating the issue. of course this is compounded by handing them out like candy and people not finishing their script.

on a personal note there I know my as a cnp knows this because I never had a bacterial infection where I wasn't repeatedly told this. yet when the vet prescribed my rabbits anti biotics was around the time I left for a short stay at a hotel that turned into 5 hotels 6mo. I know she was involved in their care and later trying to prevoke my dad tells me

"they seemed fine I just stopped giving them their antibiotics" she knew they had infections to the extent she wanted the bacteria typed. (medical term). the take away is change the lock with my rabbits and all my things after several times threatening to have me medicated for delusions of mold or leave me under a bridge in Minneapolis and keep my rabbits and all my things. lock me out and rub in how you don't follow care instructions.

psychotic animal abusers and that bothers me more than what they do to me.

but I digress. point is regardless of how people feel about the president with the media spinning every word its more than capable of causing what they attributed to him and really the reason Russia can mess with us elections (or any country) we have dumbed down the general public and conditioned spoon feeding by only playing emotions. it's like a backdoor on a computer os but it's baked into human brains. Russia can only play the vulnerability because we allowed it created. it's a bit like blaming the thunder not the lightning for burning your house down and the result is easily more deaths from the pandemic and or worse coming from a number of vectors.