A new twist with a little hiss

If you have a gun and 2 bullets.

If you find yourself in a room with a snake, a lawyer and a crooked police officer

Put both bullets in the cop and watch the snake take the freaked lawyer .

Typing this just spurred the realization that Harry being a Parseltongue might have been metaphorical expression that you shouldn't fear or judge those with abilities you don't have.

Or intelligence isn't to be feared. 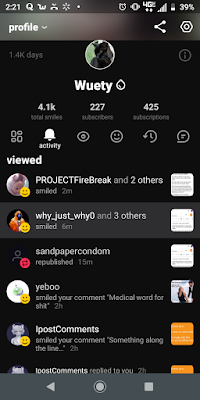 Sand paper condom approves 0f this message. My work here is done 😂
Actually I still have something owed to Clyde rabbit in my freezer but maple Grove police departments finest notfacer Sargent Hanson has seen to it to make it likely I die on a filthy matress where he did in an empty shit hole apt.
Guess I have two scores to settle
at January 24, 2021