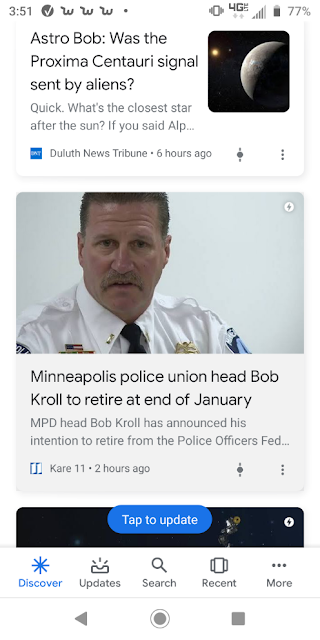 When do we meet the new boss?

Iirc the police Union I'm Minnesota possibly Bob himself was responsible for eliminating any and all requirent or ability to prefrencing hiring police from the locality they will be protecting and serving.

which might not seem like a big deal but the more I think into it the more it has grave implications for societies for local communities. the most obvious or surface one is probably one of the worst but it's letting people that don't know anything about situations or the people they rule over police citizens of a community.

One they don't know the history or have any hope of having known. 2 it's not where they grew up they don't have any attachment to it other than superficial

Thing I haven't found or been able to is where police departments in any given State especially Minnesota where they get their template from. The thing I have realized there's no one holds them to things like a mission statement that they published for us. The only thing I can see for why they end up close to the same the only driving force behind that would be the union behind the agency's. But the agency's or localities or precincts whatever you want to break it into those are supposed to be controlled by the city. I can't find online where the chain of command anything about it actually. How are free people ruled or governed by a force that can kill without even a jury without even a trial without so much as facing a charge let alone conviction that forces basically license to kill us without fear of facing a trial and we don't even know their power structure

This could be okay but it's immoral to play the propaganda game of Land of the Free when this is also the case. Or what I'm getting at is government tends to do what government wants unless the people step in could still be ethical while doing it.

psychology came up with a pretty cool concept it's called informed consent I hold it with some of the brightest humanity of us ever come up with.

(Edit: this isn't Orwell)(that doesn't actually change things especially in the story I relay below this. whether or not someone has employment especially after they've been relocated and while somebody's doing things like hiding their keys every time they turn around throwing away their personal property that has monetary value if we sold but not if it's throwing away damaged or hidden. I was two steps and I've described it I think in a blog post here and on my other website on how to file an LLC and that was the plan with my father regardless it's not a crime to not be employed. What is a crime is human trafficking. at that point it would have been hard to justify that at the conversation I mentioned below. But the tie-in is when you physically relocate 1050 a hundred what if you move towns even but especially when you move outside of commute range that usually implies you leave a job. The connection is if you're constantly moved around like what started happening later it's very hard to either build friends maintain friends or maintain employment other than the person who's forcing you around under threats. But the police going on hearsay or the police going on nothing there's no crime and not being employed there are crimes that make it hard to be employed.and during that time. As I've described elsewhere I did $6,300 in skilled services that I've performed for pay in the past since 2004 in the eight months I lived there.full-time minimum-wage if I recall correctly is a take-home of around 1100 a month. I was able to find Clements square foot a month market average and it's a dollar 32 for residential renting. Sergeant Hansen going on the same here say frequently reminds me your parents owe you nothing your parents have given you enough but he doesn't want any other side of the story or facts that conflicted with the lies they tell. Meanwhile for a year-and-a-half before the ofp Maple Grove officers ensured that any evidence I need to prove otherwise is destroyed and still is being destroyed.stolen in April 2020 was a computer I would need to put together a resume or rather a portfolio to accompany one. They make sure I don't even have a table that isn't growing their mold to right on.Well not explicitly stated it would seem to suggest that in Minnesota or at least in Maple Grove if you are not always employed at least minimum wage with a corporation then anything you own may be given to your next of kin including what you need to do anything other than work your way up from minimum wage well they repeatedly steal from you. It would be a real kindness if the lawmakers could take some of the not enforced laws off the books so we don't have a bait-and-switch situation. So we don't degrade the value resale value or ownership of property because seems to me this roundabout outlaws doing anything without working for a large corporation.of course no one holds police to anything they say even if it's against their own departments mission statement so who knows they could just like screwing with me because they can lie about whatever.They could literally tell you you have no protection because the Moon is plaid so we're not enforcing that law but only when the moon is plaid for you they could tell you we just don't like you so you don't have any protection they can tell you quite a few things if it's not recorded it's well-known that courts will preference an officer over as a citizen even though somebody smart at the federal government realized hey maybe we need to keep a list of officers who have been known to give false testimony but even that is like seems like getting States and districts within them to pull teeth to keep that list.it was found in New York there was an officer who figured out he could Pat his overtime by writing DUIs for people that weren't driving intoxicated been having to show up in court for them. Most police probably aren't like this but when there's no system or little-to-no system like keeping a list of those who have lied in court in the past isn't much of a system cuz you have to screw someone first and then have to get caught doing it if it's insane how little is implemented for how much we know about human systems now 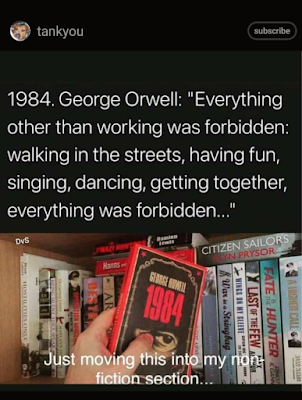 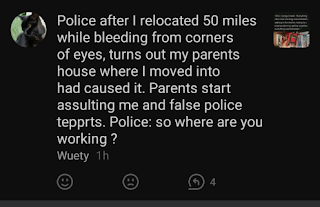 I won't call what I'm about to say definitive proof.
But for me personally the ties That bind became a lot more clear with a call the Hennepin county dispatch last year.
On that call of several things discussed was the possibility of filing a misconduct report.
All  polthe sudden police in another county where I live more by human trafficking like conditions than choices rather than allow reports of a felony level theft or confessions there of on a report;
I might need 3 to 5 day detainment in a mental ward
Since it's hard to find any documentation of power structure across different forces in the same state, it's hard to say anything for sure but what I can find is there's three police Union locals in the state.
I grew up attending SEIU international conventions I know union members look out for each other. I'm not even against police being unionized per se. I am against that usurping Justice and power from a free people
without transparency in the power structure there's no chance for informed consent and although that alone wouldn't solve all the issues without it everything else seems like propaganda
at January 11, 2021