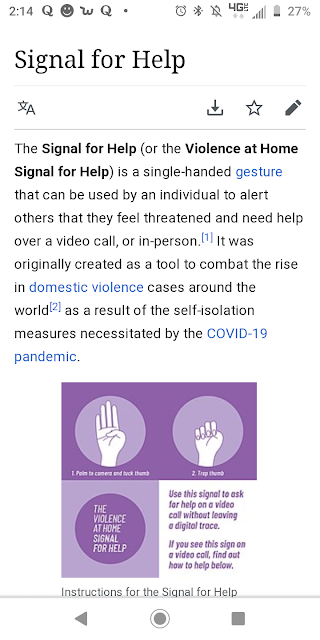 If silently fisting for Vigilanti justice possibly by covid infested herd is PC im gonna have to dump windows and go Linux only
Audible or Silent make sure some part of it seems enthusiastic pre utilization of violent fisting. It might get more confusing than subjective evaluations post event and if it doesn't you found someone who can hide pickle jars.
take away all my creative outlets and it looks like this ^
The person who gave birth to this congealed fud clearly hasn't been on porn hub
What's really the defining issue (for me) is the subjective nature of feelings. Ever having a bad day and tear someones head off? Ron White has this bit about how first they had to drug the dog or something with his wife who ocasionaly or periodicly gets a bit like this. he ends up mentioning "Honey I believe if you take the Midol you wont bitch quite so much" ... he had to hide it in the cheese (his tie in to the dog bit earlier in the act)
the point here is some times life events or life plus biology for men women and apache helecopters produces moods where "feelings" are exaserbated and this often equals anything from verbal assult/things we regret saying later or maybe worse but hopefully not.
this isnt the point on its own. the point is then you add the distractionist devisor message on repeat from the left (right has its own...yipi!) and now perceptions are further skewed.
assuming no malicious and or honest intent on the person calling abuse.
the message from groups like above
"EVERYTHING IS IT.
ITS ALWAYS THERE
IF YOU THINK IT ISNT IT ALREADY WAS STILL IS WILL BE WORSE TOMORROW
ITS THERE
ITS ALWAYS THERE
EVERYTHING IS IT.
at least for the crowd that takes midol and the whitest of any race knight.
you could also add personality disorders with and or with out honest intent to how this goes wrong.
but be it police with financial incentive to ignore her stabbing him while she fists the wound to signal help
or a vilgilanti mob that arives to cut him full of signal holes basef on group think and ITS THERE.
we totally missed the part you stop and ask, is it there for one? is it there for both? is it there at all?
if you think all that matters is how she feels, I feel threatened by that. I can reason why and have done a bit of that here and elsewhere but this isnt ok.
once being an adult included think before you act and the rarer beast of think b4 you speak. also because feelings lie and or mislead. a lot of them feel close to the same.
but
either as the crowd potentially about to break down a door or publicly shame
or the state looking for a quick federal buck for creating a criminal record and ruining a life with no regard to isonomy or decency...
if you dont go in to any situation its not readily clear with an open mind and arbitration skills
you arnt just begging for a treason trial or brain cancled. you are an abuser.
you are also the eroder of all of our rights...yeah yeah yeah
"BUT BUT BUT WOMEN WOMEN EQAUAL AND WOMAN NO DESERVE DIE"
for all you know she stabs him and meant to signal white bitch power but activated the fist of borderline instead.
and thats the tie in. splitting/all or nothing thinking. failure to build a full mental construct of other people.
its like these movements count on it and exacerbate it enthusiastically to the hilt. In doing so they have made the left every bit as nazi if not more than the right and or white nationalists.
Adulthood was once about knowing that your feelings can lie to you.
If you're the type of adult that has chosen to f*** and bring another life into the world that's part of the reason your kid needs you. They have developmental needs. one of them is understanding these new things called emotions that are rising all these new circumstances.
You want a framework for dumbing down the population you're witnessing it.
meanwhile I'm pulling medical articles as to why what's being done to me is harmful it's against the law I can't get it single police officer to stop participating in it
It probably won't be me this is why people end up hitting people. There's a story of causality Future 2 really well-developed characters called and be then there's a sketchy see character
C
sometimes lurks abuse and gender are not causal. Other than potentially police or less one side gets any support the more likely they are to be the abuser it's more like a pay-it-forward sort of thing. Most of the time it's recreating childhood experiences because he supposed to be adults usually take it out on their kids after they take it out on each other. Sometimes that's as benign as not being there for the children's needs.
the APA American psychological association says that emotional neglect and verbal abuse makes the child three to four times more likely to be borderline personality disorder
all of the cluster B's disable sympathy empathy conscience and damage the mental construct of who and what other people are where their boundaries are
Stop and think for a moment
All smash cuz ugh ugh love smashing or
Do you think possibly someone without sympathy empathy and conscience is more likely to physically harm another person and someone with them?
Don't be a f****** retard
at January 18, 2021