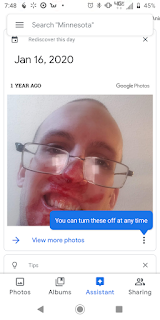 At least a year later the blood is dry. My how far we haven't gone but for not for lack of effort. 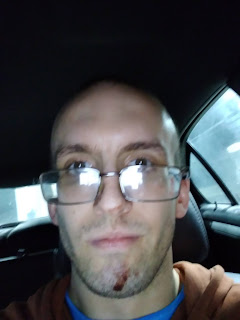 What I found most amusing last year was standing in line at the Kwik Trip across the road from the torture cell one night and 2 scpd officers walk in.
They had been called over someone in the entry way. The platnium blond female stepped twoards me and said what sounded like my name before the guy behind the counter pointed out it was the person in the entryway they wanted.
As I have 0 criminal record I find this rather amusing . Still not the sort of fan club I would hope for 😂
For every officer who has participated in this I'd like to see you go 3 or 4 days hungry while someone steals fellony amounts to ensure this.
Do so holding the composure I manage and I've got a prize for you...
You get to do it again!
I don't think I'm anything entirely special but I doubt many have this sort of resolve
Kinda unfair from the start, I'd wager if you could deal with others exerting that much control over you... you probably would not have sought the badge to begin with. Is there another job where even if fired 50 percent chance of rehire?
https://www.motherjones.com/crime-justice/2020/06/one-big-obstacle-for-minneapolis-police-abolitionists-the-cops-union-contract/ 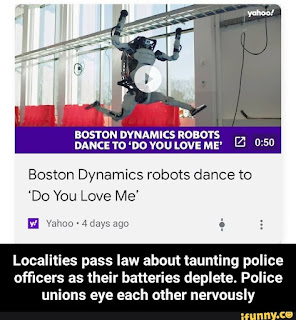 The privacy issues of lidar would probably outweigh any possibility ai was more inclined to unbiased justice.
Map out rooms through curtians lol
at January 16, 2021