The problem is human history shows most people won't hurt other people but the full range of what someone might do or could do is highly likely to happen.

we understand the ins-and-outs of that now but there's some evidence like in the Constitution that this was understood for a long time at least on a basic level.

Problem is this isn't applied to the police.

Those same conditions are associated with people seeking positions of power over others.

Yet when I looked I could not find that a single state had implemented psych evals as a requirement for hiring police.

Which would not be a perfect solution but nothing is. Point isn't give up because nothing is perfect the point is you have to work towards the percentages.

It won't be perfect so you might as well end it.

More so if you're making that argument you probably have one of the cluster B disorders diagnosed or otherwise.

When we forget that what you have physical assets are personal property wise off and enables what you can earn money wise either directly or side income that's part of the problem.

Another part of it is most of that is salable back to cash unless the police help separate you from it and destroy it.

We like to assume or a lot of people tend to think the medical field is so advanced these days I'm so close to perfect that that's all you need for anyting but again that's wishful thinking. the reality is most of the people you encounter really do want to help you but there's a lot in between believing that's what they're doing systems that aren't set up to catch error or even look past the first doctors horse fetish.

Ive long told a joke because a few girls I like over the years were into horses. Also because even through puberty or early years I've always been kind of an observer of people and behaviors. That's why I have a true belief that there's no difference between genders and races that's inherent. But the joke was the problem isn't girls that are into horses it's horses that are into girls.

I was blinded potentially by the more serious issue and the doctors are fixated on the horse . Behind the doctor forcing the horse is a metaphor bull

And one of the sources of error is in this metaphor the bulls phalus can be RX kickbacks. I guess the real problem is doctors into the reach-around from pharmacy among others.

but everyone wants to assume this couldn't be possibly the ostrich that hides from problems by sticking its head in a hole with its body vulnerable.

The real Terror created here is

The system isn't set up to even look for slavery let alone forced labor human trafficking.

What is known is if somebody's dead they rarely have a voice after.

If you're not privy to what I mean by horses ask a doctor about zebras.

I wrote this as a bit of a demonstration that what you know might be limited. If you're not aware something it might mean to you something makes no sense so you might have evaluated me as absolutely nuts draging off and random topics like girls and horses.

But if you had the pre-existing knowledge that doctors are taught here's a list of common conditions it's almost always one of these we're going to call those horses.

Anything else is a zebra. Zebras aren't worth looking for maybe if you've ruled out all of the horses

the thing is profit profitability all of that factors in to whoever taught you that list even if you are in med school or have been again we like to assume that wouldnt happen. But it's not hard to see evidence it might. Big pharma is usually petrol chemical produced other than antibiotics as they were originally discovered. Then you have the fact that the oil family if I recall correctly their foundation established the American medical association. 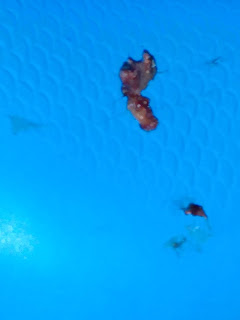 A lot of cancel culture is probably borderline personality disorder. In totally unrelated conversations to this post I've noted that they freakishly diverted towards personal attacks. One of them justified it tellimg me that when she got a ba in English they taught how to argue effectively and this is what they were using. If that is the case academia is gone as far as ethics go. Or heavily corrupted.

The most common one i get is you just use big words to try to confuse people and sound smart you don't have a point or you don't make any sense.

The same people tend to have an attention span of maybe phone screen worth of text maybe a third of it.

Whether or not I survived relatively sure we are murdering freedom

And why wouldn't it be? Is it so hard to conceive that public relations or propaganda would not have a crossover where someone attempted to apply what's known about psychological conditions and human psychology?

I'm sure he's not the only player

But the guy who wrote the book propaganda

Was also  Sigmund Freud's nephew. He died in 1995 at a hundred and three.