Socital collapse via cluster b

Some traits or natural tendencies exist in all of us. We all want to believe doing what one is supposed to is rewarded and those dieing in the street deserved it.

Some customers will (often unintentionaly) be in your way. This is to an extent that if you can't either remove yourself and the equipent or them from the room the job/transaction will be worth it to neither party and or go uncompleted.

There's a bit of a balancing act here  because you're working on something expensive.

especially back in the day and home users this was one of the most expensive single purchases they had made. Just below maybe the car or an appliance like an oven.

Some of its inspired by nerve or lack of trust in a new relationship between client and service provider which is natural and should be there in the start.

Other times it's entirely out of curiosity or seems to be mostly driven by curiosity.

What I'm trying to try to attention with this tying is there's often multiple coexistent explanations and or drives behind any outcome, behavior or any task and what might interfere with it. T

are cluster B have a damaged concept or mental construct of what another person is which when you think it through includes things like they might be better at things then you are or understand things you don't. Narcissus might even resent that which starts to get nasty when you're in a hired position. I think the corporate nature of healthcare has really done mental health wrong because much like there should probably be a differentiation between psychopath and sociopath intelligence can counter a lot of narcissist shortcomings too dangerous to others so in this relation you might be okay because at some point they logically learned the value of overriding what's wrong in their mind because it would cost them more if they didn't or they would just not get what they need to do what they want or need to do done.

Narcissists are also prone to what's called rage mode. it might be pretty arbitrary to whoever sets it off. It can be done without knowledge and most the time is because it's not so much something the person did to them as what the glbt and some of this community would call a trigger. Which is a valid concept outside of both narcissistic rage and those two communities because it also applies to things like post-traumatic stress disorder. I think narcissism is orff the full-blown personality disorder state of it along with borderline is a lot tied back to severe trauma never addressed and talking ball torture AKA cognitive behavioral therapy is just making functional serf or perhaps even pleb predators in a sense but that's a bit out of the scope of what I wanted to go into here.

There's a problem there though. When you can count on police to not act or to act in the favor of the party with more money ;now we have a system where the people that have the knowledge might do the labor and end up starving minus the time or the pay. The police can do this in more than one way. Either by declaring it's not cost effective to investigate whether or not they  allowed a report, they can alsototally act in favor of keeping the rich rich and killing to impoverishing the middle class or poor. what I find very dangerous is for a long time now we've conditioned our society not to allow this discussed. Which is very different from not doing it. I don't blame anyone for not equating this but if something's happening well we teach these aren't things that you talk about in polite conversation oh, we might as well be saying I don't care you're dying I don't want to hear about it even if I'm causing it.

but stepping from micro to macro there's an even larger problem, if a society or even a corporation or any group working towards a goal can't identify a problem how likely are they to solve it? How likely are you to identify it when you can't communicate it?

I need to flush this out more

But I'm minus just about everything required for even basic life

The tight back is all of that behavior is easily hidden behind well that person starving or in jail they must have done something to deserve it so don't worry about them. Or that's not my concern that's between those parties are them and the state.

The problem is within that system cutthroat behavior becomes not just the norm but an exploitable feature.

you can have the police basically perform the clean up after you exploit someone if you're willing just say plant drugs on them or just claim domestic or terroristic threat.

The narcissist or even the borderline usually knows what they're doing when they do this. They then justify it by limiting the scope of what they allow themselves or what they considered. This might also be well inserting their own lie to themselves into police but only evaluating the outcome. Or in other words someone just saved my house by detecting a problem I did not that threatens the value of the property. They also did unrelated thousands of dollars of labor, I swindled them out of everything they ever worked for but they deserve it because XYZ unrelated.

Anytime someone does labor time is consumed. You can't Refund that time. Skilled labor or technical labor usually requires expensive assets or even basic s basic tools which when pay barely meets cost of living the ability to be separated from them well they're destroyed or while they're just held is a sentence in and of itself.

This apparently is lost on Maple Groves officer Hanson. Correction Sergeant Hansen. Well participating in what I consider to this day continuing human trafficking and forced labor and well censoring or disallowing police reports to an extreme that I'm in an empty apartment with the corpse of a animal that I cared for for over a decade in the freezer not much else except a few Walmart folding tables now growing the mold from my parents house it's hard to even keep a sheet of paper without problems without it growing black stuff and he's asking why I can't just do the work I used to do to earn without the tools that he's keeping me from. I've seen quite a bit from him to suggest that he's probably NPD or sociopathic. Which in other words is another Clay on neurotypicals if that is what's going on because narcissists and sociopaths will often play you for stupid or you the fool or play the public watching it or the fool well what they're doing is baiting the person to try to get a response. When done from the position of Sergeant in the police force who can then use that response as reason to detain well I start to see that along the lines of treasonous behavior but I doubt anyone is going to jump on board with that extreme. I admit the fight-or-flight the need to survive in me the terror created by this probably colors my evaluation of that. 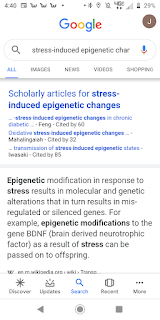 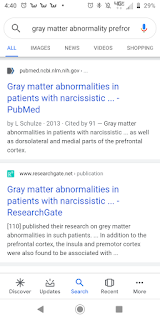