The cowardly predatory state and its agents

Esoteric criteria for how laws are enforced

You should have known better even though it wasn't written

They keep enforcing it but remain silent

You will be judged heavily on if you speak words angry against the enforcers even though their actions don't merit the respect they demand.

you will be judged heavily for words or alleged words against someone killing you.

you have to both the state and the federal above it claimed that where land of equal people.

One way to tell a predator a narcissistic sociopath is how often their words don't line up with their actions.

To err is human

For example a doctor literally refusing to be allowed to present evidence that something is not a delusion. Evidence from a relevant expert and stated as such in the form of an email communication diagnosis something delusional on a hold against law forced by police against law

the science says if you didn't have a person with a mental condition and separate them from any ability to even prepare a healthy meal well the studies Minnesota did indicate even for a neurotypical person that is an incredible risk both mentally and physically but those studies indicated in case of mental illness it might not ever be ethical to Medicaid without addressing dietary deficiencies.

how about cardi B? 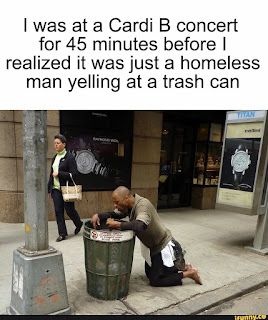 He wasn't even homeless it was an interpretive theater act describing state of Minnesotas ethics through play. /S