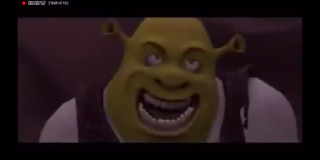 this photo is rummored to be from a drone hovering Hansens residence. the nsa tech was rumored to have heard an audo book about some dudes struggle in the back grouid while road house fight seens were playing on the tv and the face says a lot about what he might have been doing.

Parody of a msm report. Still potentially more informative. IRL  some of the things he has said like how he professed his love for LAw because it's the law and law is law there for and so forth... LAL

And then told me what he did one night wouldnt be found in a law book. can someone get sparta dsl (other than the type the truck stop has. today we learned some reptiles have high speed internet. ) so people younger than me arnt referencing any of the following: stone tablets and chissles, law books or scrolls, telegraph? All this time later it hit me that as he was trying to be what came off just short of boastful about having created what was basically an abduction on hearsay... Im from 1988. Ive never really thought of law on books thanks to the likes of the internet and state revisers site .

i wonder what tv show or movie he borrowed it from?