In Minnesota if you want to kill someone call the police

Better yet go to civil court first and file an ofp 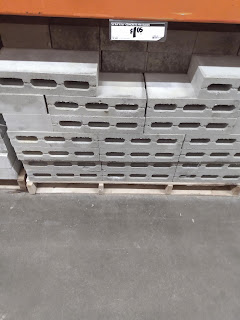 to further illustrate the insanity of law based on one's feelings
I'm going to hit you with a breeze-block
Now if the person you said that to wasn't aware that what I refer to is what's pictured above...
They might not feel scared.
the person claiming to feel frightened scared or whatever might be hitting the other person with a breeze block and when courts like the Minnesota ones decide that the first person to court to claim to feel anything is basis of legal action we're all getting hit with breezeblocks
A further note for maintaining any funds an interesting that home depot's new terminals have a USB a port/host port. File that under potential PCI compliance lessons not learned
I attempted to take a photograph of it but there was lag and I wasn't paying attention.
all I got is a photo of my hand
On its own that might not be a huge vulnerability but depending on how the software is implemented on what's likely a processor by broadcom...
There's a few vectors where that might become problematic
Assuming someone have paid attention the payment terminal won't allow just anything recognized if plugged into that port. The question in my mind assuming that's true is how well secured is the boot sequence? It's somewhat trivial to have a device first appear to be a USB keyboard in which case it could escape the boot sequence and present its own firmware or a payload modified to inject code into the storage on the terminal. If one could get to that being executable when the terminals normal software is running well in order to complete the payment process there's a link to the internet and now you have everything required to start copying card numbers
This is just me demonstrating that when we focus on police profiteering at the expense of human lives we end up executing people who might have had a still worth more to the state of Minnesota then the value of securing the job that cremates the corpse the police created