Ability to have a clean comfortable place to sit or lay.

My ability to maintain commitments

My ability to have any timely accurate medical Care.

(I know from paying attention at dinner table conversations growing up but there are two main ways of doctor will view you if they are privy to the fact you have been to several doctors in a short period Before them:

every adaptive behavior and habit I had has been canceled out through that threat forced labor, theft often starvation and malnutrition as a result

I posted the call online where my mom says the conditions they enforce are danger to life I believe I also have the one where she says I deserve it for being a man posted as well.

July 2018 she tried to push me over the railing to their basement. Sometime later that year I tried contacting the abuse hotlines only to find that they were telling me if I gave my name they might have to help prosecute me. It's the worst nightmare if a woman wants to kill you you better let her. Even when the police were presented with reports including that one were falsified and she intended to kill me it just got worse their behavior and contribution. They allowed me basically human traffic forced labor under threat to everything mine that had been moved in eight months earlier to zero notice lockout. $6,300 were exchanged in the form of services IT services I performed since 2004 professionally 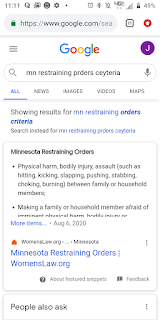 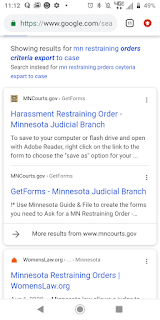