this page is partly about what ive learned about myself and psych but also intends to address issues with mn law. its current definitions enable abusers to gain power over their victims and if these happen to be parents and adult children at least in my experience with maple grove pd (and tales from a friend) the police departments and courts will enable life threatening actions by the parents and actions out side of the rights mentioned in the constitution.

all while standing behind things like "parents aren't responsible for the welfare of their adult children" when in reality police have enabled someone who moved back in to be robbed of 16 years of possessions earned by employment then forced physical relocation and labor based on threats to all that property. while police force leaving public property on no legal grounds.

It still needs some work/far from complete.

My history of covert abuse and disability masked by it. Also relevant bits about why I think i know anything at all in medicinee or psych:

applied here (med, psych, health): i have no degree. I have no degree at all actually. Calc was a hangup even though i understood it. I also had an internship in college where one of my bosses was my student advisor. I got the internship by impressing him in an elective class with work i had done for pay on my own. This helped get further towards a degree because he was able to sign off /override prerequisite on courses, but if i want one Ill have to re address math at some point. thing is its not that i dont understand or cant use derivatives or integrals. its applying every rule without being able to check my work with even a basic calculator, pendas order applied, anxiety rule flip and working memory limits.

im more likely to be dead in a few months than either finish my own path to middle class or try my hand at math again.

I figured out at 24 i likely have math Dyscalculia and or normal dyslexia. First grade I had to miss recess once a week to meet with a para and I still remember the big yellow hand-operated analog clock. the other thing we worked on is tieing shoes. I think the issue with knots wether psych knows this or not(im not sure) is directly related to the working memory and 3d spacial/self-orientation issues. because a Knott is an algorithm or sequence of left-hand right-hand steps. 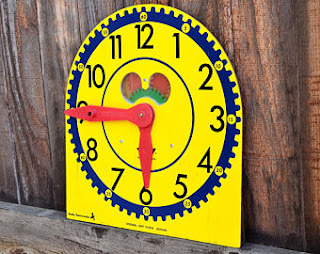 Im likely the product of two sociopaths or full-blown but covert narcissists. in dsm speak thats aspd and or npd. many people online use a non professionaly coined term along the lines of socieonarcopaths. as far as i can see this might be correct. if you allow yourself to drop the prestige of a PhD (if you have one as a reader) and if my memory serves me correctly: many of the traits of cluster b disorders cross present and or its not unheard of to have more than one label in that catogory. to my uneducated ass that says we had our analitical lense slightly out of focuse and may need to revisit this catagory at some point.  my dad might be defined as the flying monkey but when I analyze it he does way too much on his own to be off the hook and about 5 months ago

"i see what you do even when im not with you, i dont like this behavior but im going to sound ominios and tell you its pointless while i continue to hurt you regardless"

why don't you just

play hide and go fuck yourself. instead of rub in how we fuck you and wouldn't take this ourselves as we dish it.